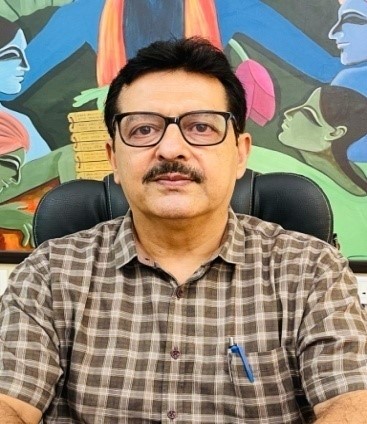 Dr. Brajesh Sawhney received Fulbright Postdoctoral Fellowship in 1999 under the joint programme of the Government of India and the U.S to work at American Indian Research Centre, University of California, Los Angeles. Conferred with Edwin Mellen Award by the Adele Mellen Society, the United States of America in 2008, Dr. Sawhney is among the very few scholars in India working in the area of Native American Studies. For his doctoral dissertation, he worked on the fiction of famous American writer, F. Scott Fitzgerald. Among his numerous books, Studies in the Literary Achievement of Louise Erdrich, Native American writer: Fifteen Essays in Criticis (2010) has been published by the Edwin Mellen Press in New York. The Eternal Muse: A Collection of Poems (OUP) and Scott Fitzgeral’s Fiction: A study in Social Change are his other full-length books. He has published a number of articles in national and international journals and has presented research papers in a number of national and international seminars and conferences in the US and Europe.